Lots of things on the go as usual in the studio. Various taster sessions were held this month, a couple of one off workshops, student projects finished and discussions underway for other projects.  Plans are also underway for a print and ceramic workshop which I’ve been invited to hold in Margate for the Pushing Print festival in October. My own classes will start at the studio in September.Cyan Clayworks is now officially registered as a Community Interest Company, which will hopefully open up various possibilities…!

It also mean I can separate my own work to some extent. In between teaching, firing/glazing and filling out application forms, I’ve started my own work after a long gap.
This will continue with the natural history theme. I’ve started things off by a visit to the National Museum of Scotland to look at and document the animal collections there. Various test pieces have been made to explore potential forms- lidded containers and surface imagery. The lidded container was used as a starting point after seeing a Victorian tobacco jar made from a rhino foot in Traquair House, and jars used to store specimens in museums. My versions of animal themed containers will be simplified forms and will make a more subtle reference to these sources. 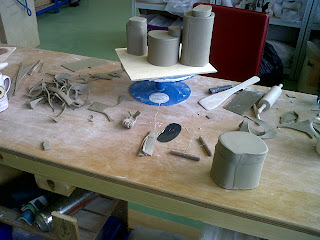 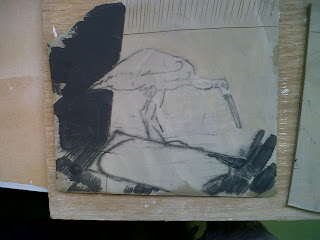 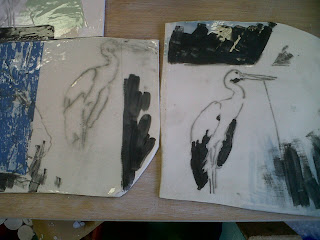 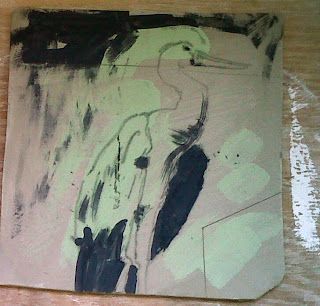 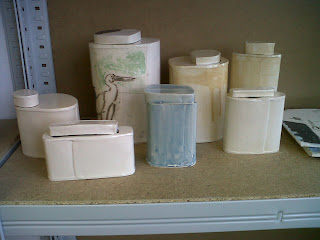 All my new work now is project and research based. A lot of time is spent initially gathering source material, exploring and defining ideas, images and forms before beginning to make resolved objects. I’ve also bought a Victorian tanager bird to draw in the studio… 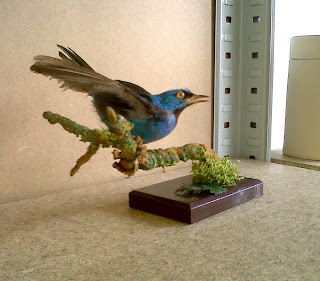